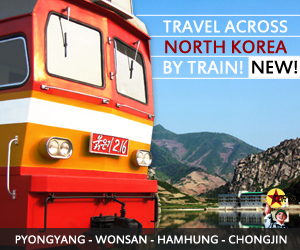 Travel to Russia and Siberia

Irkutsk was founded in the middle of the 17th century, by the end of which the population reached the number of a thousand people. Most of the people coming to Irkutsk at that time wanted to find the legendary treasures, which were hidden somewhere in the city.

There are numerous sights in the city, which will surely interest the tourists wishing to see this wonderful city.

Irkutsk has accommodation of any kind, as the city is always full of tourists and business travelers. There are superb five-star hotels in Irkutsk, as well as cheap three and two-star hotels. Most of the hotels in Irkutsk offer all kinds of services for the tourists.

Victory hotel is among the best hotels of the city. There tourists will find comfortably furnished rooms with all the amenities included. The rooms have bathrooms with showers, direct dial phone, as well as electronic security system. The hotel has also restaurants and many other facilities.

Angara hotel is another popular hotel among the tourists. It is located in the central part of the city. Angara hotel is one of the oldest hotels in Irkutsk, which offers all kinds of services needed for a comfortable rest. The hotel has a business center, where business meetings and conference can be organized.

Baikal Business Center hotel is among the best four star hotels in the city. It is located closely to the Irkutsk exhibition Center. The hotel offers best services and all kinds of entertainment.

Going out in Irkutsk

Irkutsk offers different kinds of entertainment for the tourists. Various restaurants and cafes are located in the city. Tourists will find Chinese, Japanese and Russian restaurants offering delicious dishes of all kinds.

There are various kinds of other restaurants and cafes in the city, where tourists can spend their free time. The restaurants in Irkutsk are known for the most delicious dishes of Russian cuisine.

« Siberia – The Myths and the Reality Siberian Vacation »

Theme by Anders Norén — Up ↑